The Sinn Féin London Office will be opening a Book Of Condolences for the late Martin McGuinness in recognition of his lifetime of service as an Irish Republican leader and his contribution to the advancement of the cause of Irish re-unification and Peace in Ireland. 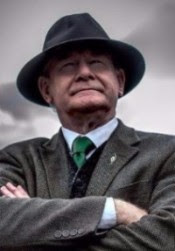 The following article by John Ross, setting out the economic fundamentals confronting the US, was previously published by Socialist Economic Bulletin.

This article was published in Chinese before the recent summit between Chancellor Merkel and President Trump – which strongly confirmed its analysis.

The first steps by Trump as US President confirmed that he will pursue an anti-China policy but also that he will use different tactics to Obama and Clinton.

In recent weeks it has become evident that US President Trump’s policy in the Middle East primarily involves reinforcing the military presence and activity of US armed forces. Despite his campaign rhetoric about $6 trillion spent to no result, he has moved swiftly to increase the size and rate of US deployment. With a current account deficit of $469 billion in 2016 US imperialism can offer concessions only to its most favoured allies. For the rest, which includes the majority of Arab countries, there is simply the presence of US military might.

Martin McGuinness was one of the greatest Irish Republican leaders of his or any other generation. Socialist Action sends its condolences to all his loved ones, friends and comrades.

Geert Wilders’ far right Freedom Party did not make the big breakthrough in the Dutch general election that earlier opinion polls had suggested. But it did succeed in shifting the entire political spectrum towards increased racism and Islamophobia.

The fight over who will be the next leader of Unite is important for the direction of the labour movement in Britain and for the leadership of the Labour Party. On both counts Len McCluskey should be supported in his bid to be re-elected as General Secretary.